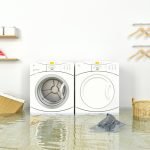 The “bomb cyclone” that swept through in March has caused more than $1 billion of flood damage in Nebraska. Heavy rainfall and rapid snowmelt caused catastrophic flooding across the Missouri River Basin; three-fourths of Nebraska’s 93 counties have declared an emergency. Cattle and crop losses will be the worst in history. About 20 percent of […]