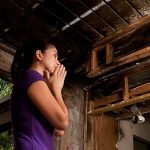 After the flames of a house fire have dwindled, you would think all the damage has been done. However, the damage can actually get worse if the right actions are not taken in the right order. Here are the 3 most common mistakes homeowners in Hastings make following a fire that can actually lead to […]

There were 1.24 million house fires in the U.S. in 2013 alone, according to FEMA. The good news is that is down more than 20 percent from a decade earlier, the bad news is that fires do still happen and are more common than most of us realize. Many house fires don’t burn down the entire structure, but […]